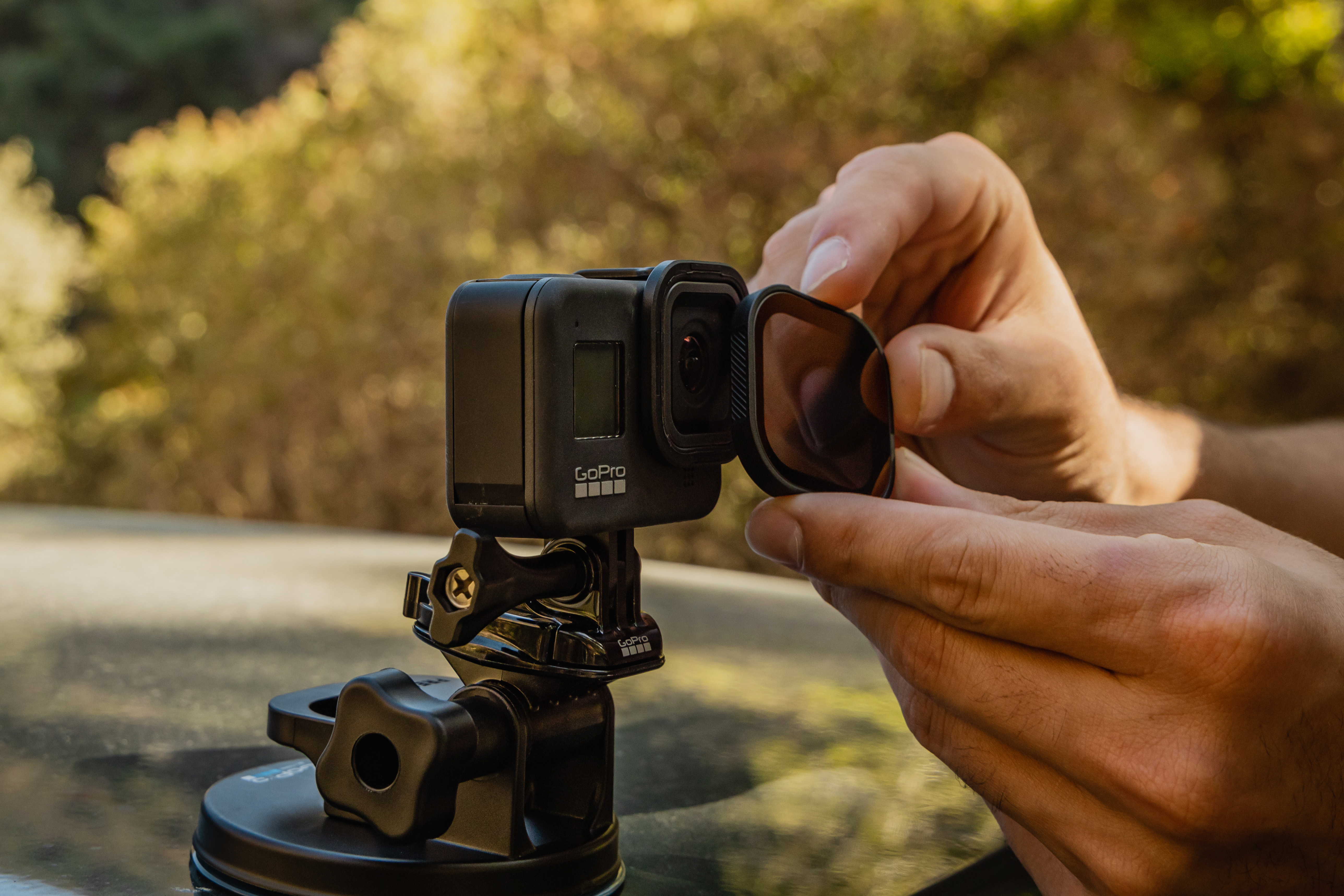 The Battle of the Action Cameras

With GoPro ranking as the top action camera for years, they have been able to maintain as the clear front runner with not much competition. It was not until DJI dipped their toes into the action camera space industry and debuted the Osmo Action, that GoPro had another camera that could rival their position at the top. Which camera is better, however? The answer to that question weighs solely on personal preference and brand loyalty.

With GoPro recently releasing the newest action camera into their lineup, the Hero 8 has managed to be an even tougher competitor with DJI’s Osmo Action. Many people have said that since the Osmo Action’s release, it has taken the crown from GoPro. However with its latest model, the Hero 8 has made its way back to the top of the leaderboard. Some of the features that have helped make the Hero 8 rise to success include: resolution capabilities, supported accessories, built-in mounting plates.

There were rumors that GoPro was going to enhance the resolution on their action camera from their previous model making it capable of shooting in 4K at 120 fps. This proved not to be the case however, with its video capabilities consisting of 4K at 60fps and up to 240 fps at 1080p, causing the new action camera to weigh in similarly to its competitor, DJI’s Osmo Action. Additionally, once the Osmo Action was released it was debated between the two cameras which stabilization feature would reign supreme. The Hero 8 has Hypersmooth 2.0 technology which has been remastered and designed to create even more stabilization than in the Hero 7. As you can probably guess from the name, this feature on GoPro cameras smooths out any abrupt movement, which will look a lot more appealing to your viewer than it would without the feature present. In addition, GoPro has improved the TimeWarp feature in the Hero 8 which was previously announced in their Hero 7 model, and now called TimeWarp 2.0. This feature combines the HyperSmooth and Timelapse video settings, where it processes videos within the camera itself which, in turn, allows you to adjust speeds and create shareable time-lapse videos without the hassle of endless files and post production processing.

Additionally, the new Hero 8 has built-in mounting plates, which eliminates the issue of adding external housing to your GoPro when trying to mount it onto helmets or tripods. This will streamline your ability to mount your camera onto external devices, which in turn, will remove clunky housing from getting in the way of your mobility, and in turn, making it easier to connect.

As good as the improvements on the Hero 8 are, there is still one area where GoPro could have done better. With DJI’s Osmo Action being one of GoPro’s direct competitors, it is a shame that GoPro missed this opportunity to add dual facing screens to their new camera. The fact that the Osmo Action has the two screens which you can switch back and forth between, proved to be one of its main selling features. With that said, the fact that GoPro ignored the demand people had for the dual screens, is definitely a missed opportunity. In addition, on the Osmo Action it is not possible to use both the front screen and the back screen at the same time which was a major complaint made by some users. As a result, this would have been an amazing opportunity for GoPro to capitalize on and change the game by not only adding 2 screens to their action camera, but also to find a way to operate both screens at the same time. This would have opened up GoPro to a new market, making it a competitor in the vlogging community. Although GoPro enhanced the Hero 8’s capabilities in both its video and photo capabilities, the fact that there is no front screen is a total let down for those who have been looking forward to this new release.

Where They Can Make Up For It

Even though the Hero 8 does not have a front-facing screen directly on the camera, like the Osmo Action does-- they have introduced supported accessories to help streamline your workflow when out in the field. This line of accessories turns the Hero 8 into the perfect vlogging setup for any creator and include: an external monitor, microphone, and mini light.

Media Mod: This is the premium shot-gun external microphone for the Hero 8, which is a 3.5mm mic with HDMI-out ports, and two cold-shoe mounts all in one.

Display Mod: This is a flip-up screen that attaches to external housing, enabling you to vlog on the go.

Light Mod: LED light, engineered specifically for Hero 8 Black, and can be used to attach to a GoPro mount or even by itself to illuminate any film location.

DJI really made a name for themselves in the action camera industry when they debuted the Osmo Action earlier this year. The Osmo Action has rivaled GoPro for the top spot ever since its conception, but with the Hero 8 recently being announced the top of the leader board may not be as clear as it was prior to GoPro’s new camera launch. However, even though its position has waivered a bit, the Osmo Action has some clear attributes that cause it to still be a competitor with the Hero 8.

One of the most notable features that the Osmo Action has when compared to the GoPro Hero 8, is the front-facing screen on the outside of the camera. This is the key feature that really sets these two cameras apart, and one of the reasons the Osmo Action is favored more by vloggers. The front-facing screen allows to make sure that you are in frame while filming, and eliminates the guessing game you play when filming on the GoPro Hero 8.

DJI has their own version of stabilization technology, which is called Rocksteady. Like GoPro’s Hypersmooth setting, it helps calm the jittery movement that a vlogger or an adventure cinematographer would produce when recording on their camera. For some creators, RockSteady is the preferred stabilization feature when compared to GoPro’s Hypersmooth 2.0, but when analyzed side by side the physical stabilization of the image itself there is not much difference between the two.

Although the Osmo Action has the front facing screen to its advantage the one factor that is missing from the function of these two screens, is dual action capabilities. For instance, these two screens cannot be in use at the same time while recording, making it inconvenient for the user to have to pause and restart their video in order to switch between screens.

It could be because GoPro has been the leader in the action camera space industry for a while, but when comparing their HyperSmooth 2.0 technology to DJI’s Rocksteady-- the Osmo Action tends to run short. Although the stabilization factor itself is similar, where Rocksteady misses the mark is that when shooting with this setting it ends up cropping your image, giving you a tighter field of view than you get with both the Osmo Action’s non-stabilization mode and the Hero 8’s HyperSmooth 2.0 mode. In addition, the image on the Osmo Action’s image tends to be softer than the footage shot when RockSteady is turned off. Although this may not be glaring to the eye initially, it is hard to ignore the difference once it is brought to your attention. Although neither camera would provide 100% image stabilization, like a gimbal would, when choosing between these two different cameras we would recommend the Hero 8 when relying on it to capture smooth, clean videos.

When determining whether to stick with the Osmo Action or upgrade to the GoPro Hero 8, your decision is ultimately dependent on not only brand loyalty, but also which aspects of a camera are of utmost importance to you. For example, if you want to capture high-quality cinematic action films with great stabilization then the Hero 8 is probably your best option. However, if you are a vlogger on the go and don’t want to have to worry about external accessories weighing down your setup then the Osmo Action is the way to go. No matter what your needs are, you can’t really go wrong with either camera. In the meantime, as you're weighing your options, be sure to check out PolarPro’s lineup of ND filters for both the Osmo Action and GoPro Hero 8. Additionally, if you really want a deciding selling feature-- we even make underwater dive filters for the Hero 8 to ensure you never miss an opportunity to capture epic footage in or above the water. 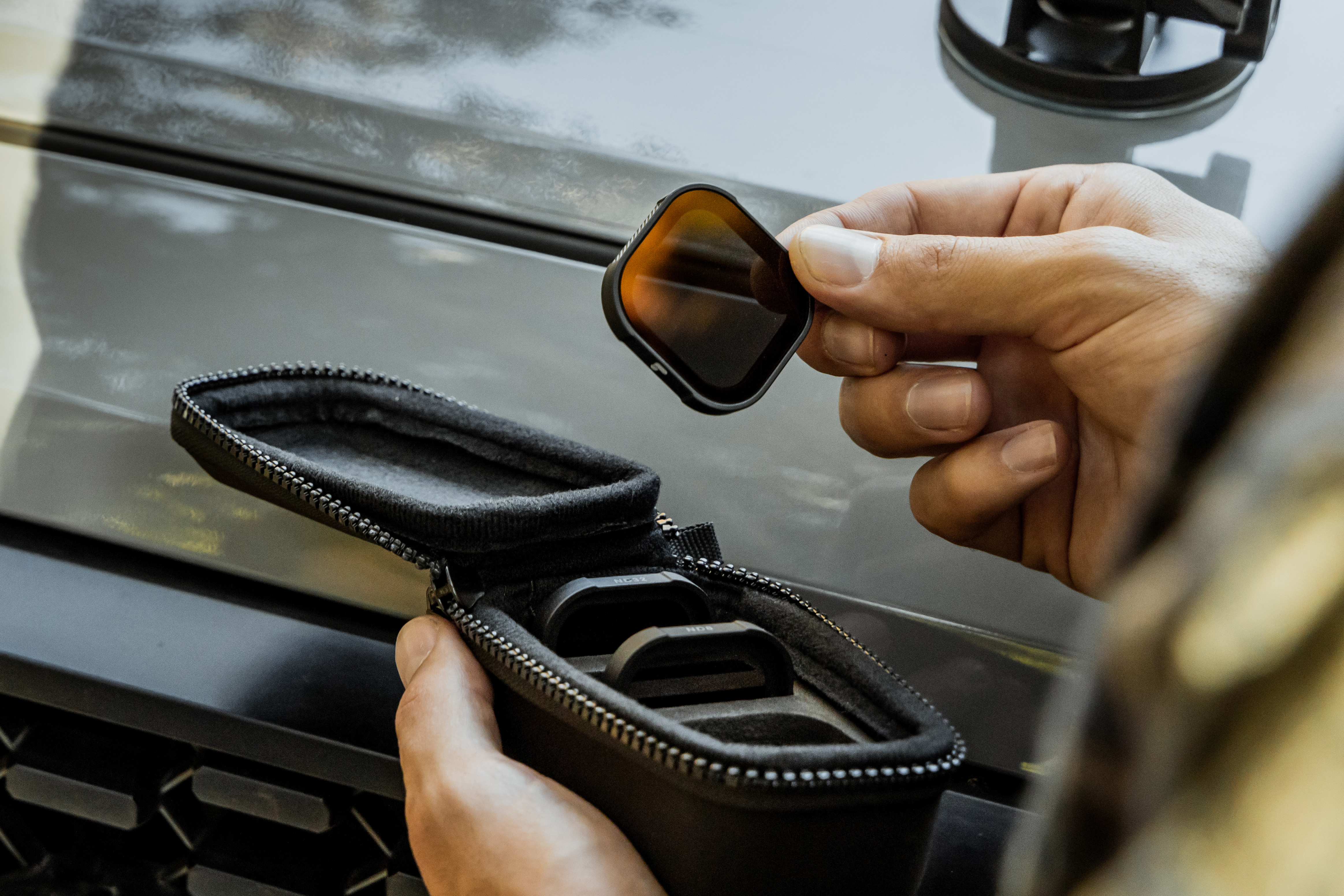