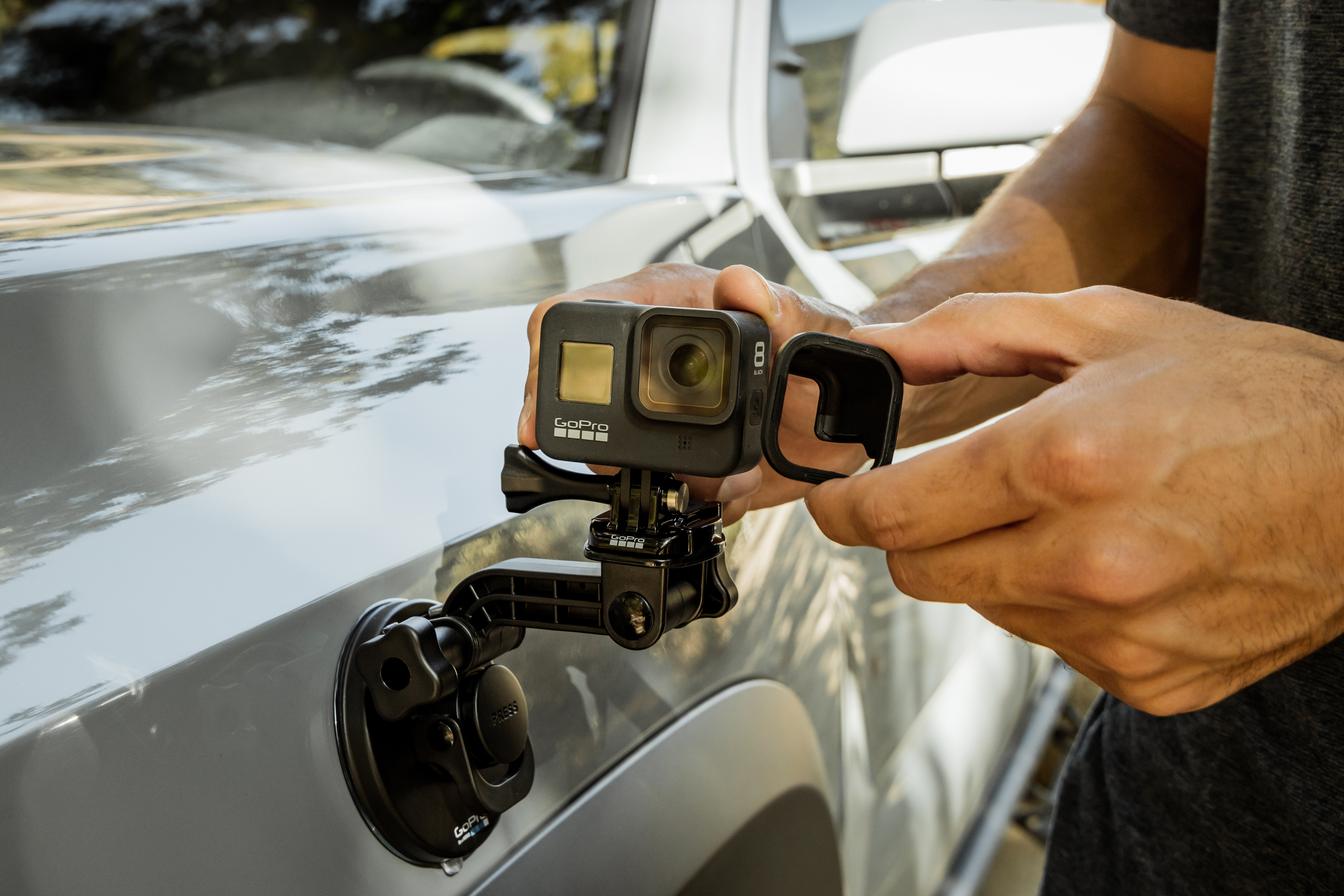 The Evolution of GoPro Hero Black

GoPro has remained the leader in the action camera industry, ever since the company’s first camera release in 2004. By silencing their competition from the initial conversation, GoPro has climbed its way to be one of the most recognizable brands in the photography industry. Best known for their “Hero” action camera, GoPro has recently released the latest edition into this lineup-- the Hero 8 Black. This camera now makes GoPro the most advanced action camera on the market, by making a few subtle but noteworthy changes from their previous models. In this article, we will outline GoPro’s evolution in the past couple years and the journey they have taken from Hero 6, 7, and now to their Hero 8 model-- with the most evident changes of each camera being its resolution capabilities, image stabilization features, and design changes over time.

Hero 8- The Latest and Greatest

The Hero 8 is GoPro’s most recent release into their lineup of action cameras, and undoubtedly one of the most advanced and superior action cameras on the market. What sets the Hero 8 apart from the other cameras in GoPro’s lineup is its resolution capabilities, sleek new design, and also supported new accessories that were released alongside the camera.

It was rumored that GoPro was going to make their Hero 8 model capable of 4K video recording at 120fps and full HD at 480fps. Although this rumor didn’t come to fruition, there is definitely nothing to feel seldom about when it comes to the Hero 8’s 4K at 60fps, 2.7K at 120fps, and 1080p at 240fps.  The main feature to take note of here though is the 4K maximum video bitrate at 100Mbps. This is the fastest to ever be featured in a GoPro model, making it even more of a direct competitor with DJI’s Osmo Action camera which was released in early 2019 with similar characteristics.

GoPro decided to streamline the design of their Hero 8 model, by building in the mounting plates into the camera itself, on the underside of the body. With this new design, it eliminates the issue of clunky housing getting in the way when mounting it onto helmets or tripods.

GoPro introduced their HyperSmooth technology in their Hero 7 model, but have only enhanced it in the Hero 8 by naming it HyperSmooth 2.0. This smooths out any abrupt or bouncy movement during filming, by giving your video a clean and easily digestible video for your viewer to watch. Now available in all resolutions and frame rates, HyperSmooth 2.0, gives your video the stabilization it needs to look like a high-quality cinematic masterpiece.

One of the main appealing features of the Hero 8 is that it will have GoPro produced accessories, in addition to supported housing to be able to outfit your camera properly. There will be two different housing options for your camera which include one for vlogging and the other for broadcasting. These housing features will support add-ons such as the LED lighting panels, external monitors, and a microphone that will be manufactured by GoPro themselves. The fact that GoPro decided to release their own line of accessories is quite noteworthy, as prior to their release you had to be mindful of what kind of additional gear you attached to your camera, as some accessories were not supported by GoPro cameras. Additionally, the implementation of these accessory options subside the critique people had against the Hero 8 model for not adding a screen on the front of the camera, which is seen on their competitor, DJI’s Osmo Action. 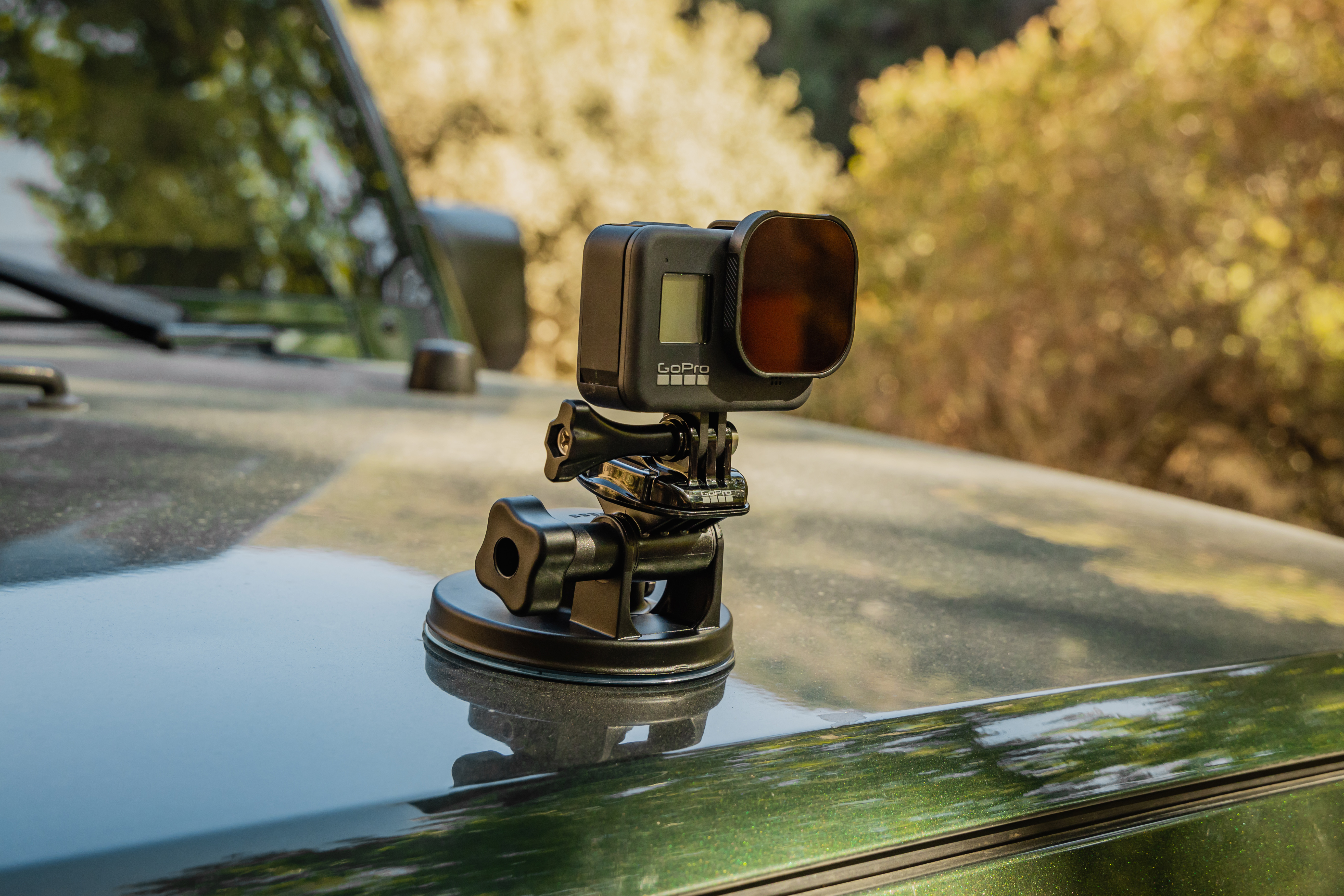 Hero 7- Maintaining Their Spot at the Top

GoPro’s Hero 7 model is where the company really took a turn for the best in both the look and quality of the camera itself. Introducing not only a new color to the physical camera and enhanced firmware and stabilization features, the Hero 7 established itself as the top action camera on the market upon its release.

The Hero 7 has the same resolution features as GoPro’s previous model, with capabilities of 4K or 1080p video at 60, or respectively 240fps-- in addition to its 12 megapixel sensor. Where the Hero 7 differs from the 6 is that it has an intelligent auto mode called ‘SuperPhoto mode’ where it automatically distinguishes the type of composition within the image so that it can apply the proper filter on it to enhance the vibrancy and clarity on it. Furthermore, the Hero 7 comes with a live streaming option which allows you to record high-quality, cinematic footage on your action camera and share it immediately onto your social channels. Some of the supported platforms that are integrated into this feature include: Facebook, YouTube, Vimeo, and Twitch.

One of the main differences from the Hero 6 to the Hero 7 Black, is that the newer model of this camera is actually black. For instance, previous Hero Black models were silver  in color. This was confusing when referring to the ‘Black’ edition camera, since the color ‘Black’ coined it as the high-end mode and not necessarily the color of the camera itself, when compared to GoPro’s Silver and White models. However, it wasn’t until the Hero 7 model that GoPro finally decided to make the actual color of the camera match its name. Additionally, the Hero 7 model was completely redesigned from the Hero 6 model to enhance its audio capabilities. For instance, the microphone membrane has been altered to amplify the quality of sound by providing more natural mid-tones and natural bass.

GoPro released their advanced HyperSmooth technology in their Hero 7 model, which has been claimed by many to be some of the best stabilization technology available in an action camera. Perfected in their Hero 8 model, GoPro still came out guns blazing when they debuted it with the Hero 7. Even though the HyperSmooth system is digital and not optical, GoPro’s main claim is that it allows you to capture videos with what seems like the stability of a gimbal, without actually having one incorporated into the device. In addition, the Hero 7 has an innovative feature called Time-Warp, which combines the HyperSmooth and Timelapse video settings. This setting processes videos within the camera itself which, in turn, allows you to adjust speeds and create shareable time-lapse videos without the hassle of endless files and post production processing. 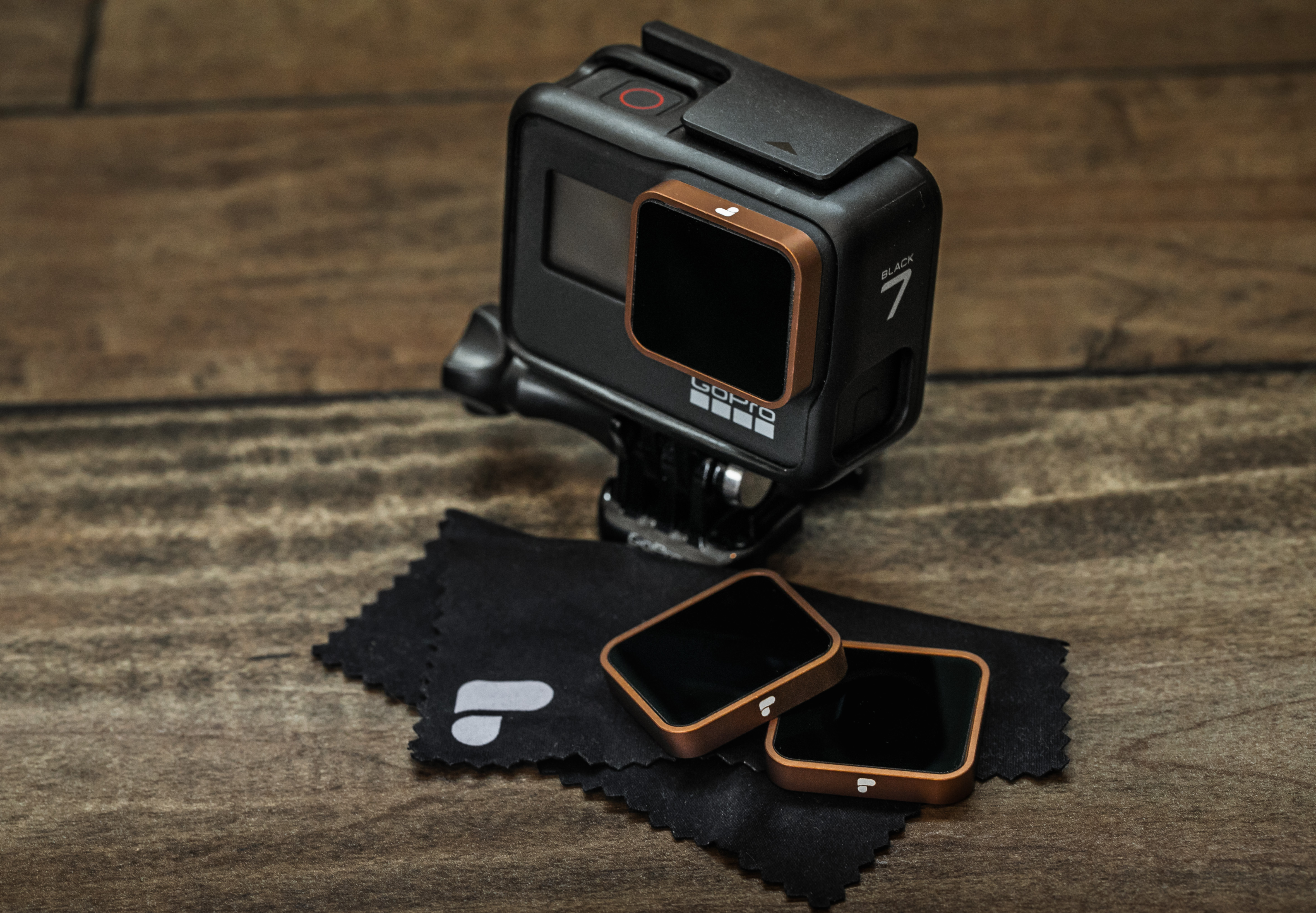 Hero 6- Stepping Up Their Game

The Hero 6 was GoPro’s last model before doing a complete overhaul to not only the exterior design of the camera itself, but also to the interior specifications of the camera as well.

Much like GoPro’s Hero 7 and 8 models are very similar, the same goes for their Hero 5 and 6 model. One thing that hasn’t changed over the years though, is the GoPro’s sensor size-- like the Hero 7 and 8 models, the Hero 6 has a 12-megapixel sensor. The resolution on the Hero 6 model is quite similar to the Hero 7 and 8 as well, as it can shoot 4K video at 60fps as well as, slow motion and 1080p filming at 240fps. At the time of its release, this resolution was considered ‘expert level’ so it comes as no surprise that GoPro would continue to carry these recording features throughout their newer models as well.

As mentioned before, the Hero 6 looks almost identical to its predecessor with not many differences being able to be pointed out between the two models. The Hero 6 Black was GoPro’s last camera of this caliber to stay with their traditional slate grey exterior. It wasn’t until the Hero 7 model, where they decided to change the color of the camera to match the color which, referred to each camera’s quality (i.e. Black, Silver, and White).

At the time of its release, the Hero 6 was deemed to be revolutionary in terms of its image stabilization. This model used the same mechanism that was found in the Hero 5, which was simply called Electronic Image Stabilization; however, it performed better in the newer model.  Although it was improved from Hero 5 to 6 models, it still had a long way to go which is where GoPro introduced HyperSmooth in order to mend this issue.  . 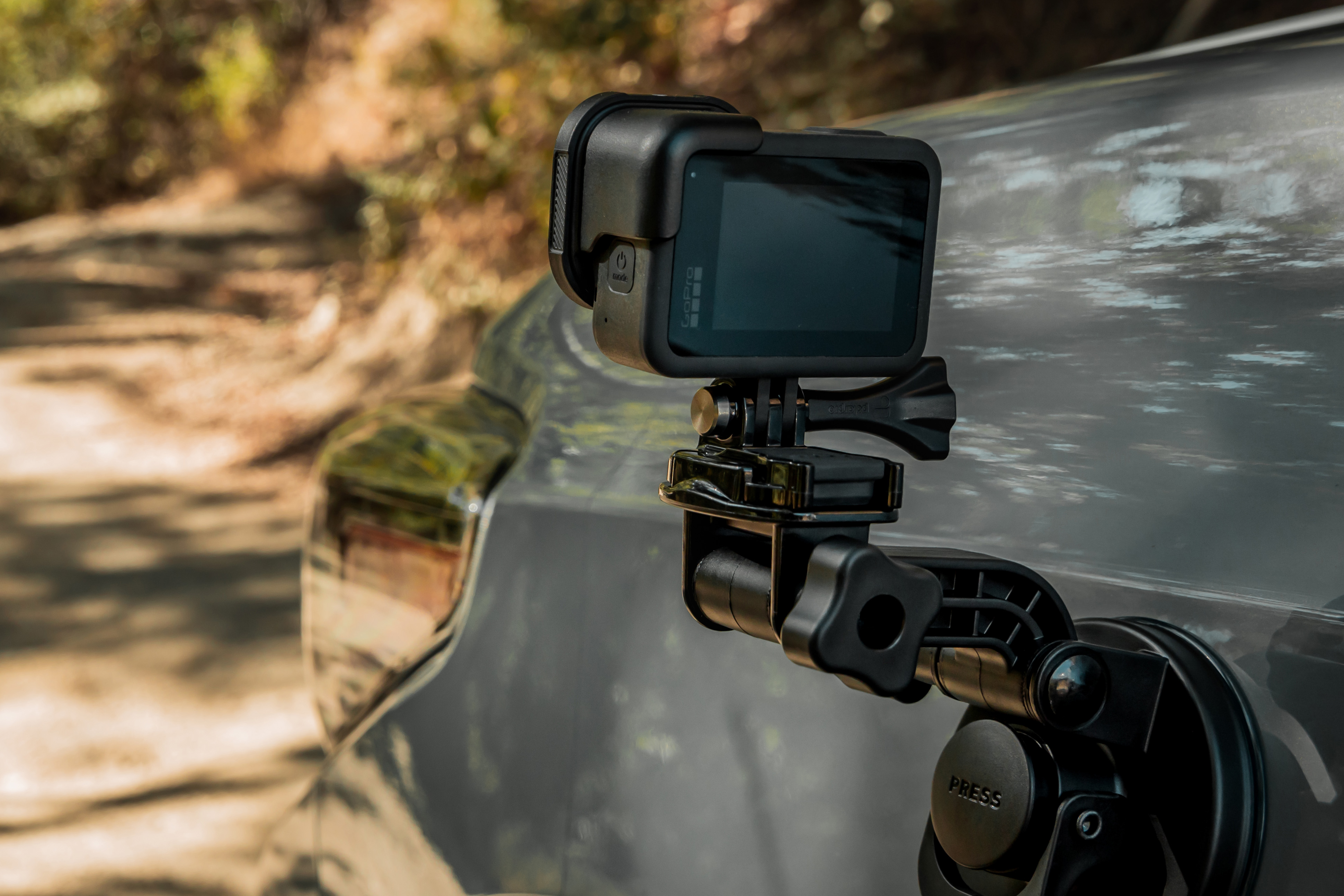 It is without question that the GoPro Hero 8 Black is the superior model from their action camera lineup. GoPro has seriously evolved not only the look of their Black camera models, but also the specs and firmware to match. The one thing however, that remains constant with these cameras is their ability to be one of the most reliable action cameras on the market, from one model to another. Additionally, at PolarPro we have custom engineered and manufactured a line of ND and underwater dive filters that you can add to your GoPro to help capture epic content, on any generation of the Hero Black you have. Our dedication to handcrafting these custom filters will ensure that you never miss an opportunity, whether you are in or out of the water.